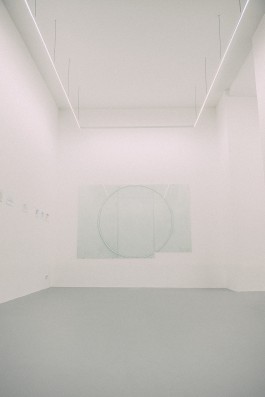 Check all of them via onthegrid.city – Belgisches Viertel

No long way down to the basement where almost 25 years of music history have been sold. You have to pass Monsieur Courbet to get down (an address for fabulous menswear).

Being the oldest record store in Cologne, Groove Attack convinces with excellent knowledge and service at all times. A long desired request awaits you eagerly down there. Listen to newest releases or make some rare finds. Get your souls satisfied and minds inspired on a perfectly picked library of HipHop, Funk, Soul, Jazz & Electronic music but also a fine selection of Brazil & Afro sounds.

Can’t make it to the shop? Pity! Definitely try next time! Need some evidence? RadioLoveLove, a podcast hosted by two of GrooveAttacks’ shopkeepers proves their terrific taste with an excerpt of vibes

Operated by skateboarders, PIVOT becomes a favorite for locals in no time.

Come in for the first time? Atmosphere feels like you’ve been here before – the guys are keepin’ the shop purely authentic. Filled with lots of collectors stuff you’re granted to get your wishes fulfilled (to name a few available brands: Vans Quickstrike, Fuckin Awesome, Hockey, Thrasher, Wemoto, Brixton, Obey, Palace and SOLO-Magazine).

PIVOT is always a happening, especially in the summertime – shootings nearby the store, premieres announcing collabos with pro skaters, a little party, or just friends visiting for lunch, hanging out in front of the store. Lust for Skate-Live? Meet the posse in one of Colognes’ skateparks, filming new footage for PIVOTs’ vimeo channel.

Ruttkowski;68 started as a gallery supporting well-known artists from the urban area like Parra, Herakut and a lot nameable more. The start was accompanied by a lot of artists from urban subcultures, today they're enjoying to have artists of every kind. Within a short period of time they not only exhibit works but also curate emerging artists, a lot of them local. Check the artists they support on their website!

The former Ruttkowski;68 is now POP;68, where they still host exhibitions, but also have pop-up stores from time to time that would sell clothes and merchandise from f.e. OBEY and many other brands. Also, Ruttkowski;68 is the only place in western Germany where you will be able to get amateur Magazine.

Although the venue is already being impressive with an unexpected extension on the 2nd level, Ruttkowski;68 moved into a bigger, very spacial and two leveled gallery just a few steps further up the street. High walls, the open spaces and the possibility of looking at the art pieces from different points of view create a wonderful museal experience. Openings are mostly on fridays, you'll be lucky to spot two at a time. Have a glass of champagne with the team, which is mostly attending in entirety as well. Put yourselves in the guestbook!

In need of a new record, a dress that nobody else has, or just feel like some groovy tunes? Two levels provide more than a good feeling and various finds that will make you happier than ever when only entering. Originally founded as a label, as/if RecordStoreCafé convinces faster than you can say Jack Robinson!

There's lots of things that keep you from only thinking to leave: service is unbelievably likable, well selected vinyls playing, self-made dishes & pies and overall a coffee that is as relaxing as a massage. The perfect place for sunday pokers, evenings are evenly wonderful – it's sunny on the limited outside seats. Sundays are popular, not only because of live DJing. Want that as/if-feeling at home? Check out their podcast on soundcloud.

Come to see this, it's your new special place.